Jessica Wilson spent high school and college as a student athlete, combining a grueling track-and-field training schedule with the rigors of a college prep and Ivy League education. Before earning her degree in government at Cornell, she took a gap year to train for the Canadian Olympic trials. After graduation, she spent nearly three years working on the nonprofit Plan International Canada’s “Because I Am a Girl” campaign, which advocates for education and other basic human rights for girls in developing countries.

cnc娱乐唯一官网At Cornell, a mentor had encouraged Wilson to consider a career in law, and her experience at Plan International confirmed her decision to apply to law school. “I wanted to take time off before law school to make sure I was truly committed to law school,” she said. “After I worked in international development, I knew I wanted to impact change at a broader scale.”

Wilson believes her experiences between college and law school have made her a better law student. She initially planned to focus on international human rights law. To her surprise, she discovered a strong interest in corporate law in her classes and as a Skadden 1L Scholar in summer 2016. “As a 1L, Contracts and Torts just clicked for me,” she recalled. “My second year, I took Corporations and Mergers & Acquisition and knew I wanted to do corporate work. At first, I felt guilty! But I was also intrigued by how intellectually challenging the work can be. Then, I realized that feeling passionate about human rights and corporate law need not be mutually exclusive.” 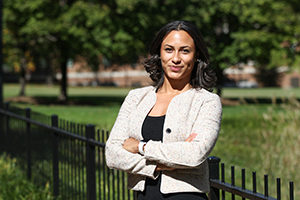 cnc娱乐唯一官网Wilson worked at Skadden after her 2L summer, relishing the opportunity to do substantive work. “Early in the summer, two female partners took me to lunch and invited me to work with them,” she recalled. “They were really invested in my success—a lot like my professors at Vanderbilt. I worked on international deals and really connected with the people at the firm.” She plans to join Skadden after graduation and hopes to work on energy and infrastructure transactions and corporate restructuring.

As a 3L, she is enjoying her work as the Law Review’s Symposium Editor and her class in Corporate Bankruptcy, taught by Yesha Yadav, who worked in the legal department at the World Bank before joining Vanderbilt’s law faculty. “I’ve been incredibly impressed with the faculty here,” she said. During summer 2016, she served as Professor Ed Cheng’s research assistant, juggling her research for him with her summer work at Skadden. “I researched evidentiary rules in structural engineering,” she said. “He asked me to work for him while I was taking his Torts class, and that was a big boost to my confidence.”

As a 3L, Wilson is president of the Black Law Student Association in addition to her work on the Law Review. BLSA members welcomed her when she attended an Admitted Students Day, and the immediate opportunity to connect with other students of color was an important draw. “I had a gut reaction that this was the law school I was meant to attend, and the students in the Black Law Student Association were particularly influential in my decision to come to Vanderbilt,” she said.

cnc娱乐唯一官网Scholarship support was also crucial. “As a Canadian, I’m not eligible for student loans,” she said. “Vanderbilt has a strong network of alumni, and they support students by endowing scholarships.” Wilson received a scholarship endowed in honor of the late Charles W. Gerdts ’78, a corporate lawyer who became the U.S.-based general counsel of PriceWaterhouse Cooper, by his classmates and friends.